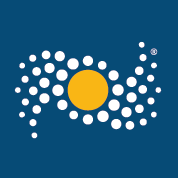 So on the continuing monster project I've been working on, the SPSS stream that I am to match/mimic in Paxata calls for a a merge between two data sets on four keys columns.  But it's an "anti-join" between two data sets, to "include records in the first data set that do not match any others (anti-join)."  Looking at the options for Look-up, I don't see a way to do this.  Would this be done via Append instead or is there something I'm missing?  Any thoughts appreciated.